Nintendo announced that the recent Legend of Zelda: Breath of the Wild DLC will be the last Breath of the Wild expansion and will officially be the end to the game. This news could be depressing to some, as this could arguably be one of the best Zelda games of all time. However, with this news came a different ray of light a few days earlier.

On December 18th 2017, word spread throughout the gaming world: Aonuma, in the Breath of the Wild book, shared the news that Nintendo is already working on the next Zelda game.

This sent me through an incredible wave of emotions; my first one, though it was excitement quickly turned to anxiety. Nintendo so quickly announced that a new Zelda was in the works. It was only a few months ago that Breath of the Wild was released. After Skyward Sword, Breath of the Wild had a few years in between before we were given inclination of a new game. Why did this news affect me so badly? I should be excited for what’s to come, especially since this game makes up a large part of my life. And yet I’m worried for the future. Announcing a game so soon means that one is in development. Story lines and character designs are being written and drawn. I worry that with so little time in between, Nintendo will not have the chance to really learn from their fans in regards to reactions to this game as well as competitor games in the near future.

I know nothing about what it takes to make a video game. Being a critic to something I barely have a base knowledge of probably isn’t fair, but its something I do worry about because I love the company so much.

Though I enjoyed the puzzles, I missed the extensive layout of temples. I’ve seen a shrine at most (off the top of my head) containing four mini rooms of puzzles, some of which aren’t necessary to complete the shrine. Often times the puzzles will be only one whole room. Yes, sometimes the puzzle will be a doozy to solve but once done its just another checkbox and I forget the puzzle the moment I leave the door. (Except for Keo Ruug… Frick Keo Ruug).

Another problem I find are the repeating NPC models and the lack of memorability of each character in the world. There were MANY side characters in the background of Skyward Sword and though they seemed simple, they stood out amongst the crowd and weren’t just another “side quest”. I remember Pipit’s mom being a silent favorite of mine just for her quirkiness and find that no one other than the main characters in Breath of the Wild are that memorable! 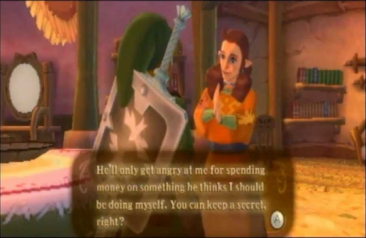 Then there’s the music aspect, which I love so much. I was frustrated by the quiet world of Breath of the Wild, the only real music playing in times of battle (Monsters, Divine Beasts, and Bosses) or story development (Stables, Main Villages, or Cut Scenes). The one occasion that music was actually played while in open world, besides in battle, was while on horseback, but it takes a long amount of time while riding to hear any type of music that resembles music of Zelda’s past. The hours of running throughout Breath of the Wild’s world are mostly silent, save for the occasional tune marking the time of day. Sure, Kass does play a large part in the game with each Shrine he aids you in finding. He calls every hint of his an “ancient verse,” but each one he plays, though the words are different, features the same exact background tune (until his very last verse, but no spoilers here).

Please don’t misunderstand me; I do look forward to the new game, and when it arrives in a few years I will buy and play the hell out of it. I will always support Nintendo. I just hope that there will be more that they offer in their gameplay and that they don’t fade into the background with their games in an attempt to match up with what (I feel) the industry is doing now with games, whether it be cashing out on frequency (Call of Duty) or making the game for the name’s sake (Five Nights at Freddy’s).

Created in 2003, the series contains fifteen games that follow the same battle field premise. Modern Warfare 2 was the game that exploded into popularity but since after Black Ops, the game has fizzled in creativity. 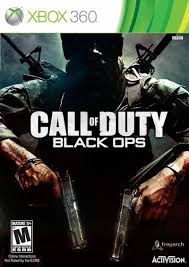 Since its inception in 2014, there have been six games created with many spin-offs and copycats.

I have faith, however. Nintendo didn’t remain successful for this long for no reason. Whatever they are doing to make us love them so much is working. I don’t know if many others would agree with me in saying that this game, though great, was still lacking. If there aren’t many then I see that I don’t have much to worry about! Till then, I’m only one person with these complaints and who knows, Nintendo may already be aware of them and are ten steps ahead of me.

Whatever the case, my anxiety from that day has subsided and I am completely grateful that Nintendo will continue to make amazing Zelda games. They are still without a doubt in my mind, no matter what the issue I may have with them, the best company in gaming.