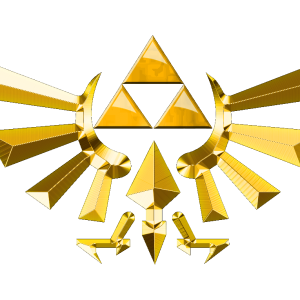 The Royal Family’s Secret: Bongo Bongo and the Family Tomb 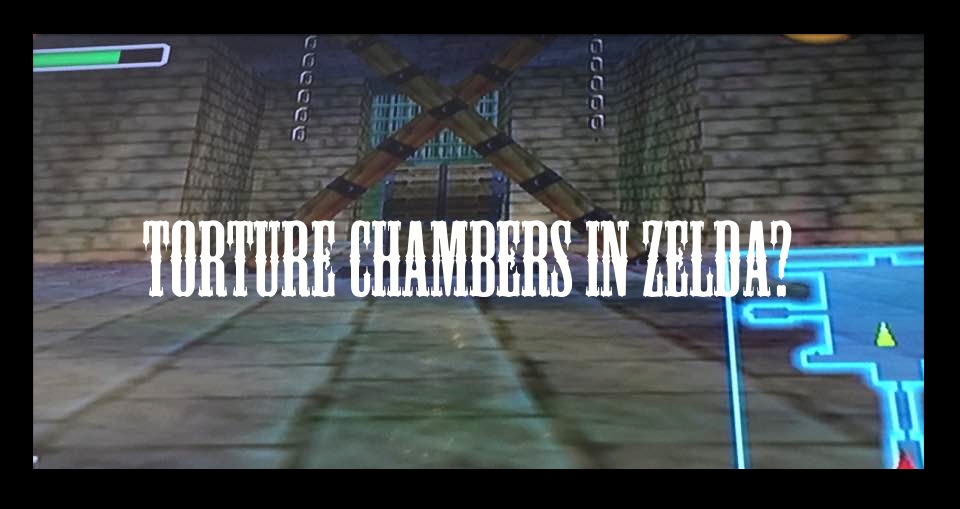 Kakariko Village, home of the Sheikah, has lore hidden in every nook and cranny of the village. Visit the cemetery and you will find gravestones of those with loyalty to the Hylian Royal Family. Talk to the villagers around town and they will tell you tales about Impa as well as stories about the Skulltula House. My favorite story, however, is not told until you come back as an adult to Kakariko Village. That is the story of the house that once sat on the well and the man who could “see the truth”.

Speak to the man with the white beard and the blue overcoat, who we’d later see in Majora’s Mask in the Astral Observatory, and he’ll tell you:

“A long time ago… There was a man in this very village who had an eye they said could see the truth! Now usually, you have to train your mind’s eye most strenuously to actually see the truth… But this fella, no, they say he had a different way of doing things… His house stood where the well is now…“- Zelda Wiki

Visiting the well, however, does not give us many answers as to where this man came from and why his eyes were gifted. Instead, the well reveals a dark past layered in secrets and blood.

The Dark Truth Behind Bongo Bongo

Ever since he was young, Bongo Bongo’s eyes were always different from those around him. He saw things others couldn’t and didn’t realize it until he watched his father pass on from his deceased body. The sound he made when he passed was similar to that of marching drums. Ever since then, that sound became something too frequent in his life until eventually he found himself whispering “bongo bongo bongo bongo” in the dark cellar of his home. His mother came down to find him whispering this and demanded he straighten up and head upstairs. He refused and she became angry, instantly lashing out on young Bongo. Without another thought, Bongo struck out, fatally impacting her. Suddenly the sound of marching drums comforted him and he watched as his mother passed before his eyes.

And then, it was over. Instantly he began to sweat, his ears pounded by the silence of the room.

His addiction began then, in that room.

Chains hang from the sanguine walls of the Bottom of the Well and skeletal remains whisper to us, “Look for the eye of truth”. Notice that when referring to the lens, all who know of it call it an “eye”.

As we travel further in, the real horrors of this dungeon begin to unfold. To the left and right of the inner chamber are jail cells; both coated in blood, but only one containing more chains. In the middle of the room are wooden beams stretching from floor to ceiling in the form of an “X”, chains hanging from either side.

Blood. Chains. Jail Cells. Was this once a torture chamber hidden beneath the house of the man who could see the truth, sealed away by the Royal Family to hide the horrors hidden in Kakariko Village?

Each night Bongo Bongo worked to set up his basement, decorating it with macabre torture items to use on unsuspecting victims. He began to bring villagers down into his basement, bringing them so close to death that he almost felt the vibrations of the drum. It was enough to satiate his need until he finally did away with them. Soon, he created beings out of these people, unlike any in existence. Skinning his victims, wrapping them up tight enough to constrict their breathing, creating zombies (redeads), skeletons (stalchildren), and mummies (gibdos). Dead Hand was his favorite as he had an obsession with hands.

The markings of the Sheikah are those of the Lens of Truth, the three outlining triangle like lashes with a tear drop bottom. A similar design can be found on Sheik, a reminder of their dark past and the truth behind it.

When the Royal Family caught wind of these atrocities, they determined that the only form of action they were able to take was punishment. They entered his home in the middle of the night and found their way into his basement. Many perished from the onslaught of the evil creatures hidden in his basement, but they managed to find him. Chaining his wrists to his own X shaped beams, they began to torture him, trying their best to get information from him. His evil making hands were slashed and one of his sacred eyes was removed.

Now that the Royal Family had his eye in hand, they were able to make the Lens of Truth. Bongo Bongo’s Iris is the red eye we see on the Lens today.

Once the mutilation was complete, he was then locked inside his basement to live with his creations. The beauty he once saw in them with both eyes was tainted. Suddenly they became abominations and he feared them. He was like an artist becoming blind. A true hate for the Royal Family began in his soul. As time passed he grew stronger and full of more fury.

For years the Sheikah Clan kept the Lens of Truth, passing it down from generation to generation for the betterment of the clan. Its story was only told to those with the sacred bloodline and only rumors of it existed throughout the village.

Finally, after years of planning and preparing for his escape, Bongo Bongo was able to break out of his basement and he began his revenge on the Royal Family: the slaughter of the Sheikah clan.

Young Impa, a sole survivor, the future sage, and the last Sheikah to hold the Lens of Truth was the one to defeat him, banishing him back into his basement and finally killing him in the lower level. She sealed the Lens of Truth there to relinquish the blood on her hands. All was safe in Kakariko once again. Impa worked to create a new safe place though her clan was now finished.

His spirit lay dormant for many years. Hands reached out from the green poisonous pond that held his soul beneath the well, a representation of his struggle to rise once again.

Years Later and then Another Seven…

It wasn’t until Ganondorf entered the Sacred Realm that he was able to gain the power he needed to escape. Fire erupted in Kakariko Village and the well caved in with the force of his exit. Suddenly he was free where Sheik and Link stood watching.

With greater revenge in mind, he pushed passed them and headed into the Royal Family’s tomb. Impa lay in wait to protect her ancestors expecting him to arrive.

As he arrived she placed a seal on the ground of the opening to the temple and sealed herself inside with Bongo Bongo.

Link then had to break this seal with Din’s Fire to be able to access the Temple. When all the lights were lit, the blocked entrance with the Sheikah insignia was finally opened.

Once passing through all the trials of the dungeon, along with sailing on Charon’s Boat through the underworld, Link met with Bongo Bongo.

The sound of drums and his voice echoed throughout the boss room. With the combined spirits of the many sages, Link was then able to finally defeat the spirit of Bongo Bongo, finally laying him to rest

What Backs Up this Theory?

It begins with the old man in blue who told us the beginning of this legend. After exploring the Bottom of the Well, its obvious it was once some sort of torture chamber. The rooms with all the faces, glowing eyes and not, as well as hidden walls, are the tombs of his creations. In the Shadow Temple, the room where you receive the Hover Boots is the tomb of the Hyrule Royal Family. They guide you and reveal secrets of their past.

In the bottom floor of the well, there is a green pond with hands raised up and beams that make pathways along it. That same green pond is found in Bongo Bongo’s boss room and is equally as poisonous as the first.

When Link plays Zelda’s Lullaby and is able to enter the Royal Family’s tomb, there is once again that similar green sludge as well as redeads that guard the tomb. However, there are no graves in sight and instead a large tombstone.

One can assume all the graves are located behind this stonewall. Traveling to the Shadow Temple, you must head down a long staircase and this leads you to the same level as the tomb.

The Shadow Temple is part of Royal Family’s tomb.

Do you find this theory creepy or remotely believable? Share it with your friends and tell us your thoughts in the comments below!

6 thoughts on “The Royal Family’s Secret: Bongo Bongo and the Family Tomb”